We keep our drinks menus fresh and exciting year after year with the help of countless regular fun-packed staff trips all over Spain. We learn about Spanish culture and meet the amazing people behind the bodegas and cervecerías that produce the fantastic, award-winning wines and beers we list. This April we took a lucky group to the most prominent town in Spain’s renowned sherry triangle, Jerez de la Frontera, to visit fabulous wineries of González Byass and Lustau.

Soon after landing in Seville, we drove down to Jerez and began our sherry adventure at González Byass. We met our superb guide Melanie who explained succinctly and clearly the exact sherry making process and a condensed history of the renowned bodega. Whilst doing so she gave us a tour of the labyrinth of ancient, vine-covered buildings, starting with the renowned La Concha, a circular bodega with a solera of 214 butts of sherry representing all the countries the sherry has ever been exported to. The impressive roof designed by the illustrious Gustave Eiffel strikingly has no central support, hence the name La Concha, meaning ‘The Seashell’. 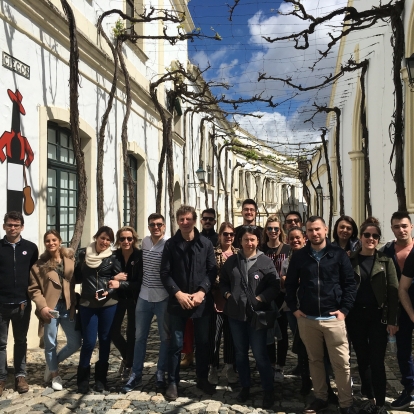 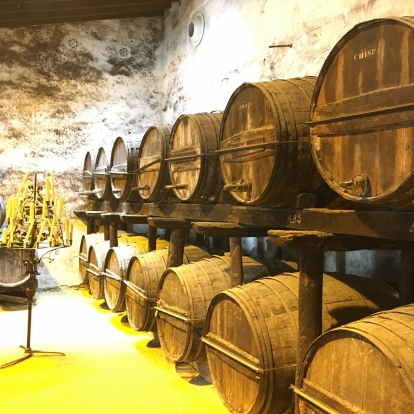 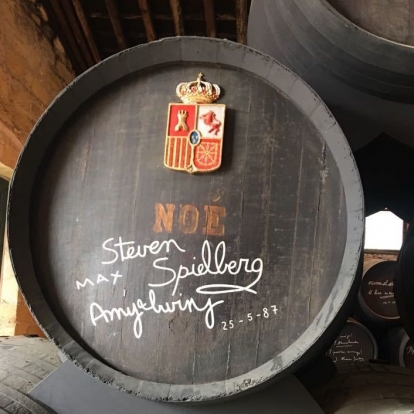 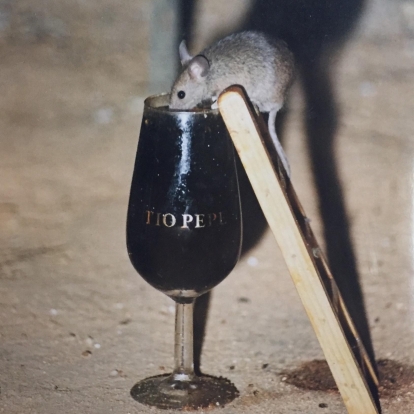 We were fascinated by the sheer quantity of barrels in the vast, cathedral-like cellars, built so high in order to maintain the air temperature and humidity as consistently as possible. There were even ‘barrels of fame’, a selection of barrels with signatures from famous visitors from the likes of Steven Spielberg to Paco de Lucía, which really brought the bodega’s history to life. The most unexpected part of the tour was seeing a miniature ladder propped up against a glass of Solera 1847 oloroso dulce for the González Byass mice who climb it to take little sips. Richard Bigg wasn’t making that part up and we have a photo to prove it!

Following the tour, it was time for a sherry tasting session with Simon who went through all the different styles of sherry and rigorously explained how they evolve from the base wine. We were then honoured to be treated to a superb lunch, unexpectedly in the bodega itself and were intrigued and to see how González Byass matched their sherries and other wines from their impressive portfolio. 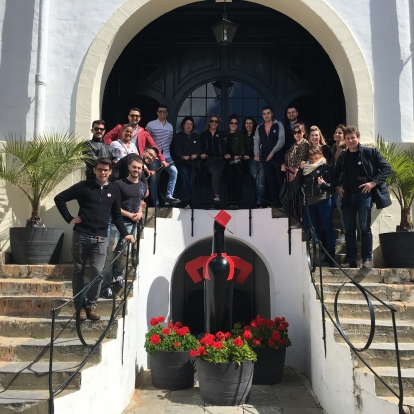 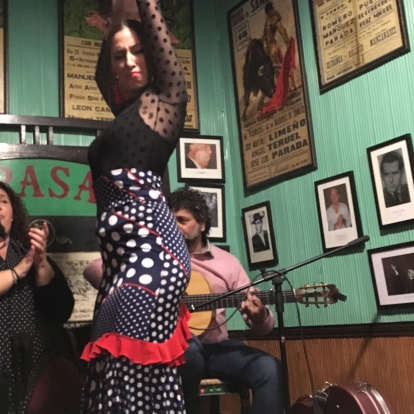 After a little break at the hotel we were ready for a night on the town. With Andalusia being the birthplace of flamenco dancing, we jumped at the chance to see a flamenco show in a cosy local bar. The music was sensational, the room reverberated with the rhythm of the fiery flamenco dancer’s steps and claps and the Tío Pepe was certainly flowing! 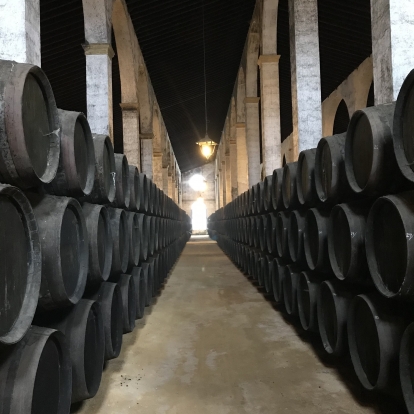 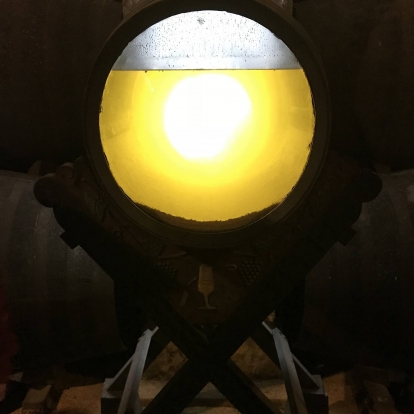 The next morning we had a grand tour of Lustau’s bodegas lined up. Although Lustau originated in El Puerto de Santa María, in 2000 it acquired and restored six 19th century buildings in the heart of Jerez which are now the company’s primary winemaking facilities.

Federico, our genial guide, gave us a very warm welcome and began our tour in Lustau’s Almacenista bodega. We were struck by the rich yeasty aromas of mature sherry ageing gracefully in old barrels. Our jaws dropped as we watched their winemaker, Gerardo del Pino, insert a pipe into a barrel of Palo Cortado to deftly syphon it out into a large metal jug to pour into glasses for each of us. It was so quickly executed and effortless that it reminded us of someone syphoning petrol from their car! It was raw, exciting, sensationally balanced and tasted absolutely delicious. We also came across a barrel with a transparent front which dramatically revealed the natural development of flor.

During the tasting session that followed we tried everything from their dry Finos, to the nutty Amontillados, through to the lusciously sweet Pedro Ximénez. Each having their own unique characteristics, but all tasting equally fantastic. We were lucky enough to round off the tasting with Lustau’s excellent brandies and vermouths too, which went down a treat!

Massive thanks to our mighty fine and generous hosts Arthur Voulgaris and Karen Jaén from González Byass, and Ben Hawkins from Fields, Morris and Verdin who represent Lustau in the UK.