In our constant drive to know as much as possible about the superb drinks we serve in Camino, we eagerly accepted an invitation from Marqués de la Concordia Family of Wines – one of our fantastic suppliers – to stay at the Hacienda Zorita Wine Hotel and Spa this June. Richard Bigg, Nacho del Campo and nine other lucky Camino staff members boarded a plane bound for Salamanca.

The Marqués de la Concordia Family of Wines is marketed under the umbrella of the Haciendas Company, which embraces not only a large number of wine brands, but also gastronomy, restaurants and hotels. Their patron and ancestor, Don José Abascal was named Marqués de la Concordia in 1812 by King Fernando VII of Spain for his work as viceroy of Peru in bringing harmony between Latin America and Iberia. Just as the name Concordia comes from the immortal Roman goddess of harmony and concord, their wines represent the harmony between the old and new world, Spanish heritage with modern winemaking technology. 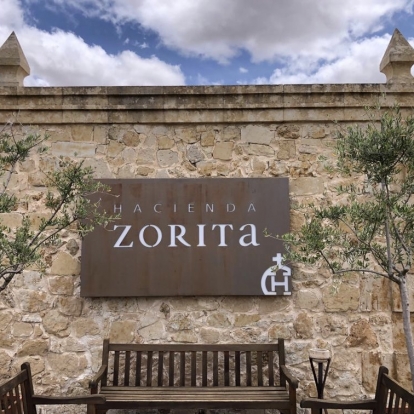 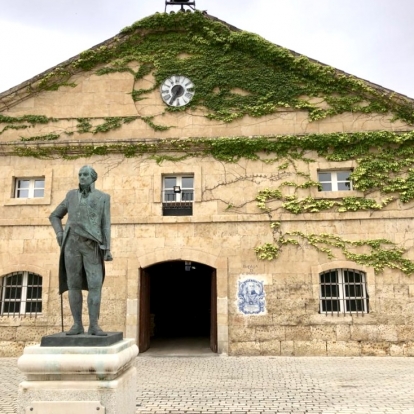 When the Camino team arrived at the Hacienda Zorita Wine Hotel and Spa, one of the first things they saw was a statue in the forecourt of the Marqués de la Concordia himself. Then their two incredible hosts, Nick Mantella and Macarena Martinez, welcomed them with al fresco drinks overlooking the River Tormes. The picturesque estate has a rich history dating back to 1486 when it functioned as a monastery for Dominican monks.

Nick led the group into a beautiful chapel for a fantastic wine tasting of Pago wines from Marqués de Griñon. A Pago is a landmass with indigenous vegetation that differentiates itself from the surrounding environment by soil type or microclimate. Marqués de Griñón wines are sourced from the prized Dominio de Valdepusa vineyard in Castilla-La Mancha which has been in the noble family of Carlos Falcó Fernandez de Córdova, the Marquis of Griñon, since 1292. Their Pago wines are incredibly special and tasted phenomenal. 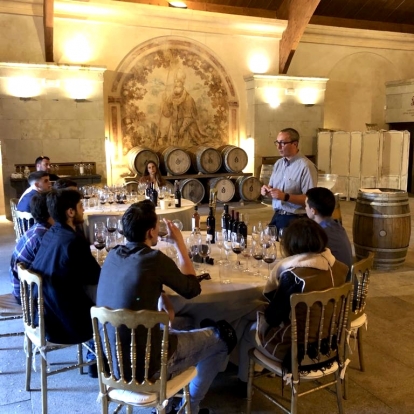 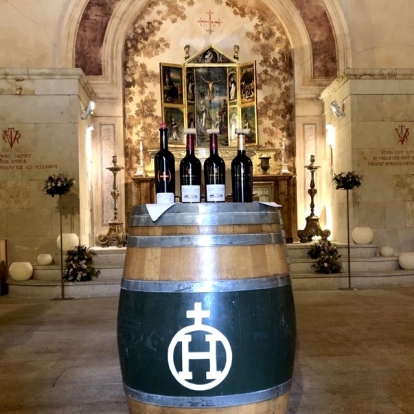 The next day everyone set off down a ‘camino’ through Castilla y León’s stunning, wild countryside until they reached the River Duero (known as the River Douro in Portugal). They boarded a boat with skipper Manuel and set sail, admiring the spectacular views, made even more beautiful by the flowing glasses of MM Reserva cava. 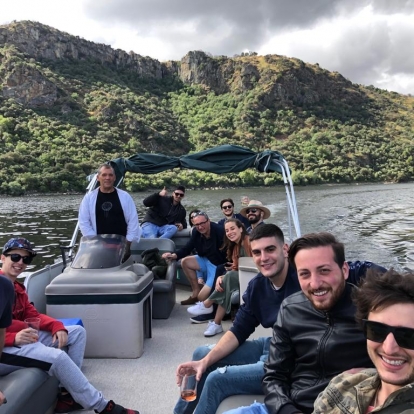 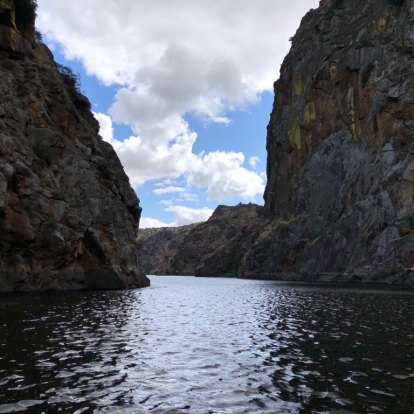 Next stop was a visit to Hacienda Zorita’s organic farm which produces exceptional cheeses, meat, vegetables, olive oil and balsamic vinegar. It has over 300 hectares of oak trees surrounded by corn fields and meadows where the animals roam freely. Animals including the rare Verata goat, Hungarian Mangalica pig (a mid-European cousin of Pata Negra Iberian pigs), indigenous Churra sheep and African water buffalo. The most charming of all was of course Gustavo the very large and friendly St.Bernard. 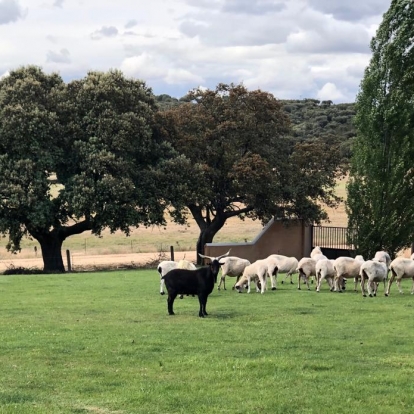 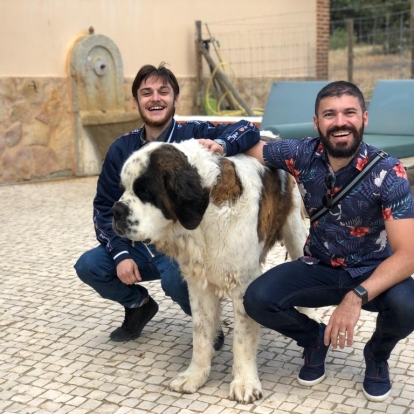 The wonderful President of the Haciendas Company and also the President of the Slow Food Movement of Duero Valle, Jaime Boville García de Vinuesa, led the group through to the acetaia where Spain’s only balsamic vinegar is produced. They use a fascinating Italian solera system for ageing, and Jaime explained that the Pedro Ximénez wine spends two years in each of the following casks: oak, chestnut, cherry, ash and birch. Everyone tried each of them in turn and the evolution was fascinating. The liquid evaporates and loses half the content during each two year period, ending up around 1/16th of the original volume. The final taste was sublime, treacly in texture, mature, rich and elegant. 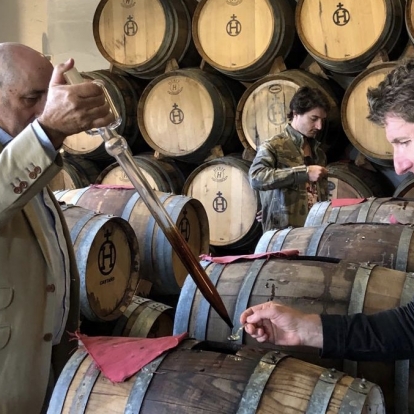 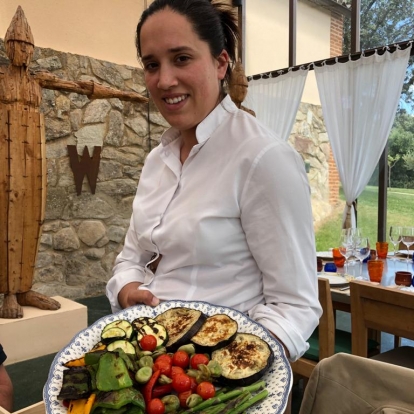 A beautifully dressed table shaded by flowing cream curtains is where Jaime began a tasting of HZ’s award-winning cheeses paired with delicious wines. Fresh and vibrant salads were brought out followed by chargrilled vegetables drizzled in their very own rich balsamic vinegar. To top it all off, they tasted their Ibérica pluma, which was phenomenally tender and full of flavour. 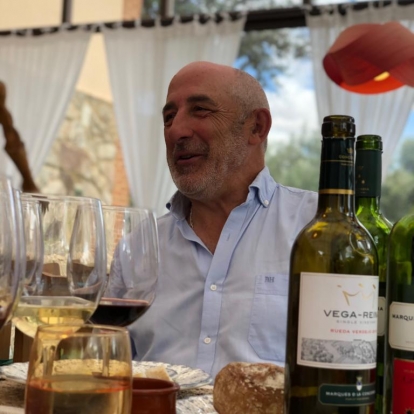 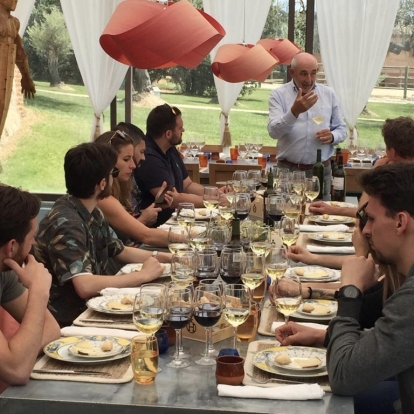 After a night out in Salamanca and a tasty dinner at Doze, the group got to experience the vibrant city by day. The next morning they visited Spain’s oldest university, founded in 1218 and experienced the liveliness of the majestic Plaza Major which was lined with bars and cafés. After a short drive they arrived at Warehouse Madrid for a fantastic farewell lunch. Sat outside in the garden with ice-cold Coolumbus craft beers, they enjoyed a succession of authentically Spanish dishes, accompanied with superb wines. A crisp Verdejo followed by a fine red Tempranillo Crianza from Arribes, aged in French and US oak, which worked a treat with the presa, secreto and huevos rotos. 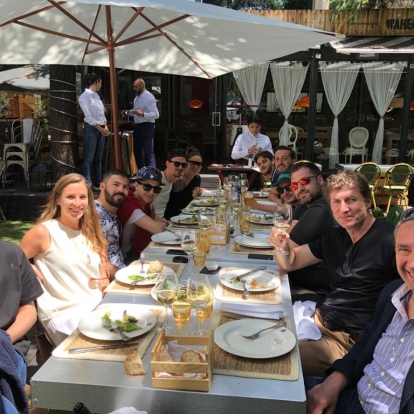 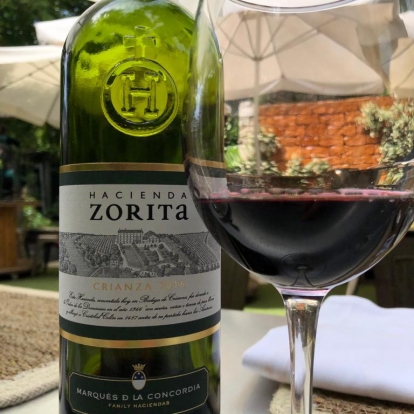 The whole team left Salamanca with a rich understanding of Hacienda’s impressive food and wine production. This valuable knowledge will be passed on to the rest of the Camino team so that they can continue to showcase the gastronomic delights of every Spanish region.