There has been a sherry revival in the UK, that really began in 2010. This was down to a few factors but in particular the boundless enthusiasm, knowledge and passion for sherries of Martin Skelton the former MD of González Byass UK, which is the fabulous and vast bodega in the middle of Jerez dating back to 1835. Martin had for a while wanted to be involved with a sherry bar, but hadn’t yet found the right people to do it with…

We also were huge sherry fans, and whilst it wasn’t regarded as the ‘coolest’ drink category at the time, what we did know was this: it was brilliantly unique, had world class quality, was available in a diverse range of styles, is hands down the best food-matching style of wine there is, and extraordinary value for money to boot. Furthermore, I’d noticed that, without exception, wine experts went into raptures about it, and almost all would choose it as their desert island wine. Though you’d need a pretty good fridge, maybe solar-powered… 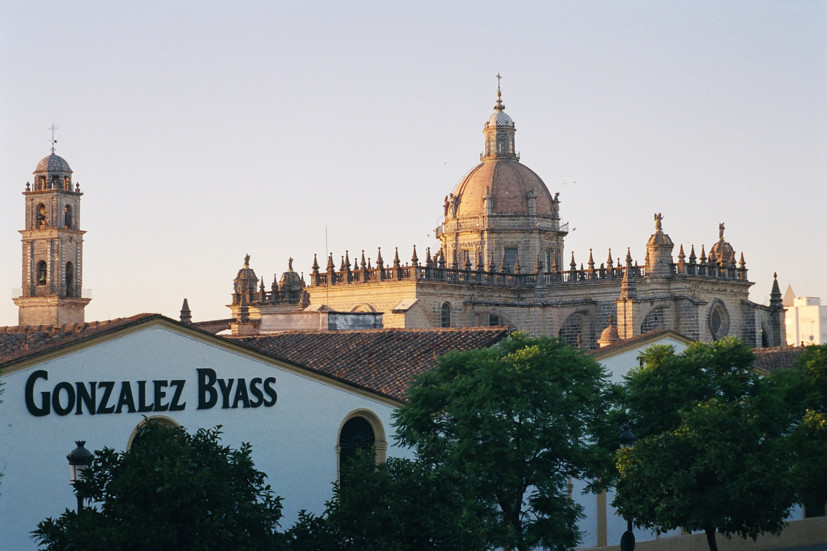 At Camino King’s Cross there was a very small unit on the sunny side of the Victorian bricked courtyard which we had just been using for storage. Long story short, we got together with González Byass to work out the concept and designed the place to look like a tiny bodega in Jerez (with surprisingly convincing results, according to some of the big chiefs of bodegas visiting from Jerez!)

Off we set to entice people in to the tiny, romantic, full-of-character space that became Bar Pepito. I wanted to keep it simple, make it accessible, explain the process of how sherry was made, and make it all engaging and fun. I also wanted to have the widest possible range of styles in just 20 different sherries. With every dish we matched a sherry style and had flights available for people to experiment with. We would do a crash course in sherry, a mini road-trip – ‘Caminito de Pepito’ – to guide people through the styles from the driest wines on the planet (finos and manzanillas) to the sweetest (the almost black, treacly and deliciously unctuous Pedro Ximénez). To our astonishment it got a huge amount of interest from customers and press alike, even winning Time Out’s Best Bar in London in 2010. 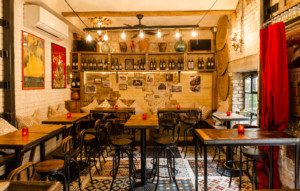 Sherry has historically had a slight issue with marketing. The wonderful true gent Javier Hidalgo, 6th generation head of family-owned Bodegas Hidalgo, explained to me why this was over a couple of super-chilled copitas of his excellent manzanilla in Sanlúcar de Barrameda (one of the 3 towns that form the sherry triangle) where his company is based. Whilst experts at making superb fortified wines, he admitted marketing wasn’t their strong suit, the reason being down to their enthusiasm for a healthy consumption of glasses of sherry. He said “Richard, it’s simple: we have 1 before 11, and 11 before 1!” Love it.

That was over 10 years ago, and things have come a long way since then. During International Sherry Week last November there were an astonishing 1100 events celebrated in 32 countries from Argentina to the USA, via Estonia, Malaysia and Peru, with the busiest agendas in Spain and the UK. We even managed to do a live sherry tasting and cook-off with executive chef Nacho del Campo filmed in Bar Pepito. This week-long event generated more interest than ever before, with over 20 million impacts between Twitter and Instagram, and nearly 11,000 likes recorded on posts with the #Sherryweek hashtag, and more than 17,000 views of the video content. That really is something, and shows this is now a wine category well and truly recognised globally, and so it should be.

There’s a sherry for everyone, and some (like me) adore all of them. So which to go for? Of course this depends on your mood, time of day, what you’re eating, and the weather of course. Do you fancy a fino or an amontillado, aged biologically under the ‘flor’, the yeast layer that covers the young wines in their 600 litre barrels? Or do you prefer the fully oxidised style of oloroso, whether dry or in varying degrees of sweetness? Or the captivating and mysteriously magical palo cortado…?

Increasingly master mixologists have embraced sherry as a key and deliciously high-quality ingredient in their cocktails. So much scope with such an array of varieties, the category has provided so much fun to play around with – a real find for bartenders, even more so at such amazing value.

Fast forward to 2020 and into 2021, and there has been another resurgence in sherry. Major supermarkets and other retailers have had sales up as much as 70%, some putting this down to the ‘tapas effect’, with people becoming used to encountering sherry as part of a gastronomic experience in Spanish restaurants. In more recent months people have been wanting to replicate that experience at home: having a bottle at home to go with the lockdown nibbles.

Maybe it was also the glorious long summer of 2020 that fuelled interest, the hot weather being ideal for ice cold manzanillas and finos to enjoy in the sunshine at home, and to match the country’s new found cooking enthusiasm. Who knows, but sherry sales have soared over the last year, and it looks like they’re staying that way.

Try for yourself; certainly sherry is way more cool these days for those in the know, and once discovered you’ll never look back.