At the beginning of March I was lucky enough to go on an incredible trip with Action Against Hunger to Nepal, with a terrific bunch of highly talented chefs, marketeers and other heavy-hitters to see one of the areas AAH are currently focussing on, following the earthquake of 2015.

Joining us on the trip were the wonderful crew from AAH itself, the Doc (just in case) and our upbeat and inspirational leader Christina from Discover Adventure, keeping us on the straight (ish) and narrow, and often very steep, path.

Our task was to raise £6000 each – great news, the group exceeded their collective target comfortably, reaching £120,000. Thank you so much all of you who backed the Camino effort.

We had several months to prepare for the trip, and I was determined not to be holding anyone up, so upped the exercise regime to include loads of walking up and down hills, and as encouraged by the organisers ‘always the stairs, never the escalator’.

A few days before we left we all received a fantastic unexpected present from Justin and Mikey at Deliveroo of a box of goodies including suncream, rehydration potions, plasters and other cures, warm hat, and a heavy-duty phone charger that lasted days and meant we could continue to take pictures with our phones several days into the trek. There was no signal as expected, and not being in contact with the outside world for a few days was a refreshing relief!

So after arriving in Kathmandu via Delhi, off to Pokhara on a Buddha Air plane, and then the trek began. 6 days’ trekking, 5 days camping. Being somewhat claustrophobic and not good on hard surfaces, I have never been a fan of camping, and to make matters worse I wasn’t too well prepared… so Bigg thanks to Damian for the loan of the warm jumper, to Christina for the Bivi bag to put over my lame too-thin sleeping bag to try to trap inside what little warmth there was, to Tom for the inflatable mattress, and to Tim for the thermals – somehow he’d brought a spare set! Sleeping in a tent at 2800 metres was more than chilly, and no surprise to see ice on the outside of the tent when dawn finally broke after a long, very cold and sleepless night. However the astonishing view that greeted me made it all worthwhile. 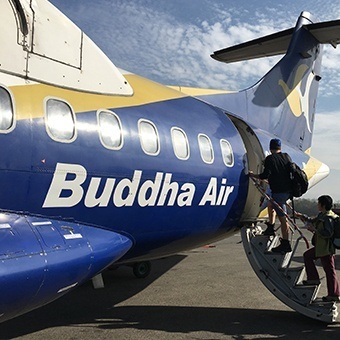 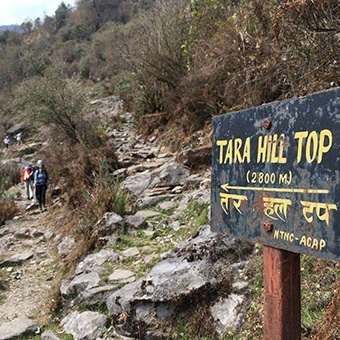 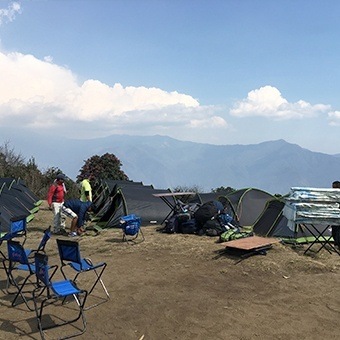 The scenery was spectacular. Layer after layer of the world’s highest mountain range stretching into the distance, the purple hues growing ever fainter towards the horizon. Such a treat to watch as a backdrop to some of the campfires we sat around chatting after a good day’s hike.

We saw plenty of remote villages where life is a world away from our own, with a very strong community and highly sustainable farming and existence. Yet some good aspects of the modern world are creeping in – we saw hydro-electric power stations providing electricity to villages deep into the countryside up steep valleys. 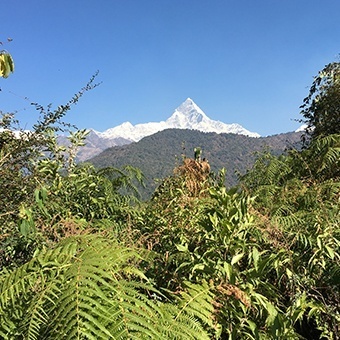 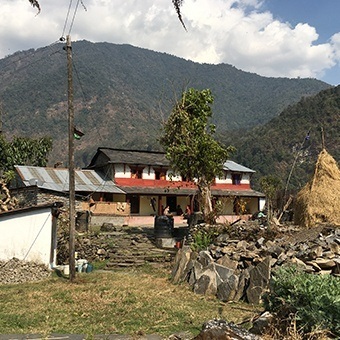 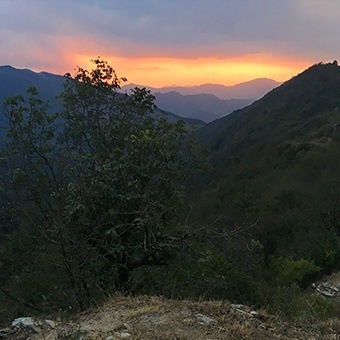 Something that made a particularly strong impression was just how smiley and cheerful all the people we encountered were. I’d heard about this from everyone I’d spoken to who’d been to Nepal before, and believe me the rumour is absolutely true. And they were all so fit – having to walk up and down steep hills your entire life keeps the body lean – everyone appeared very healthy.

We had a large crew of sherpas and chefs to carry our luggage, tents, all their own plus all the cooking gear – what an amazing crew. Friendly, helpful and smiling, they never missed a beat, and there was always fresh lemonade, hot tea, substantial meals just when you needed them.

Our diet was mainly veggie and carb-heavy, to give us the slow energy release required to plough on for hours up and down hills. We did spy plenty of cows (strictly off-menu in this part of the world) buffalo (craving meat I ate a delicious cut of sizzling buffalo with noodles back in Kathamndu) and plenty of goats, who were oblivious to the hungry look from us all, especially the chefs who were carving them up in their minds into an array of cuts and delicacies. 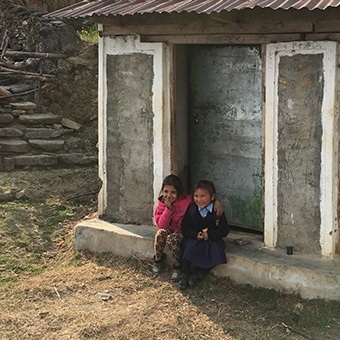 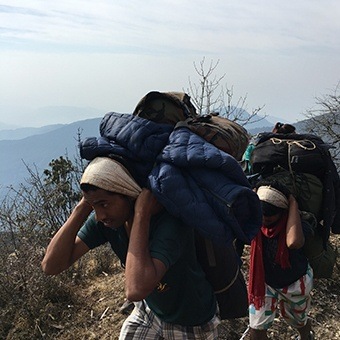 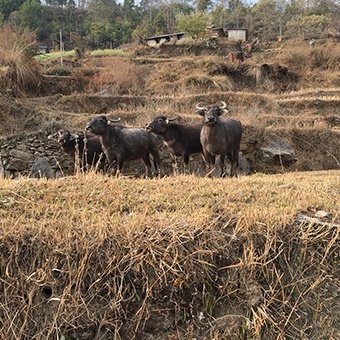 Back finally to Kathmandu, we set off walking through the madly busy muddy streets in torrential rain, with the crazy jumbled cables short-circuiting like lightning overhead, to meet the AAH director of operations for Nepal, the deputy director and communications manager, who painted a vivid picture of the work they do. They calmly described in detail the horror of what took place following the violent earthquake of 2015, and the 103 aftershocks and the devastation caused across much of the country. Not only were 9,000 killed and 22,000 injured, but millions affected. It was tragic to hear the stories of people with family members trapped alive but dying under rubble, unable to rescue them, and losing your whole village, community and way of life. Vast numbers have been helped rebuild their lives, and many have suffered long-lasting or irreparable emotional damage and still live in camps two years on. 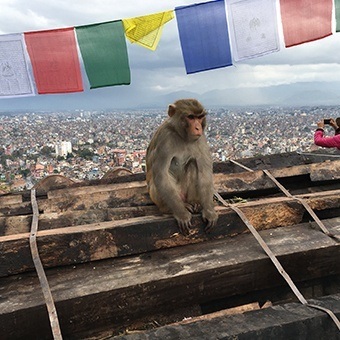 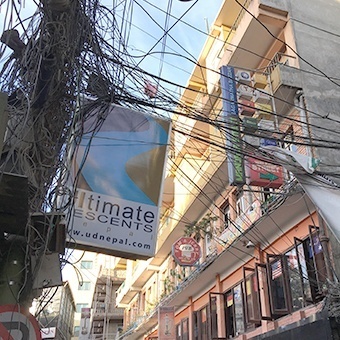 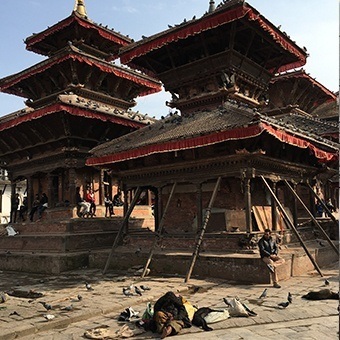 The highlight of the trip was to visit one of the projects the day before we were to leave Kathmandu, to demonstrate the work AAH do. Unfortunately, despite extensive planning, this had to be cancelled as there was a potentially hostile group that could have made it difficult to get to the site, or away from it, so the AAH protocol understandably kicked in to safeguard everyone, and the trip had to be abandoned. This was a great shame all round, but it does also show the reality of the unpredictable nature of the circumstances AAH have to work under.

Action Against Hunger is an extraordinarily talented, brave and selfless organisation. Everyone I met was so deeply committed to the cause, and provided us all with the opportunity to open our eyes to see what goes on in countries that absolutely don’t have ‘1st world problems’ but extremely real serious issues all the time. And then, in the country we visited, add an earthquake. In other countries where AAH work it could be any other natural disaster, or a conflict zone, on top of existing day to day problems of mere survival.

It’s a brilliant charity, and highly effective in maximising donations to relief work, with 85% going directly to the cause. At Camino we are extremely proud to work with them. For me the trip was highly illuminating and a privilege to be a part of – we will continue to support them with more vigour than ever. 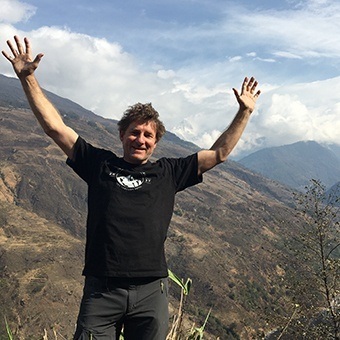 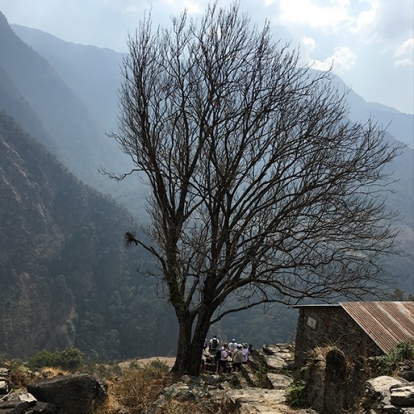 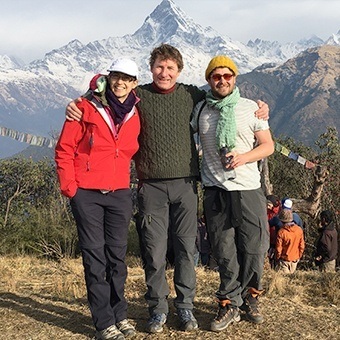 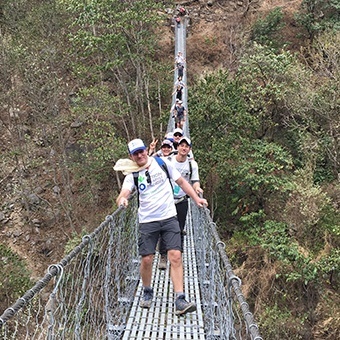 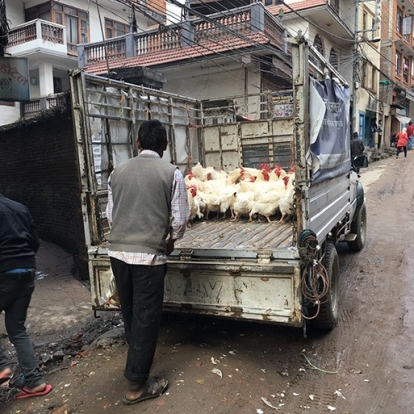 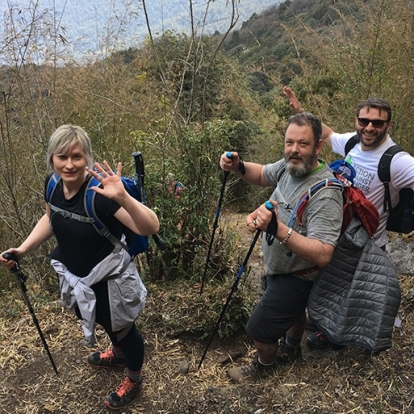