This autumn Camino and Sipsmith partnered up to bring you a cosy Winter Sipping Bar and a delicious selection of gin cocktails – Pink Rosemary, Hot Gin-Gerbread and Mulled Sloe Gin to name a few. Sipsmith emerged from a passion for high quality craft spirits and has had a profound impact on the UK’s gin industry. This November they kindly invited Camino to visit their distillery in Chiswick to find out more about their journey and ethos.

It all began in 2009, in a tiny workshop in Hammersmith. Two childhood friends, Fairfax and Sam, had an unwavering belief in things well made – the way they used to be, the way they should be. So they set up London’s first traditional copper distillery since 1820. Their mission was simple: to bring London Dry Gin of truly uncompromising quality and character, back to the city where it first earned its name.

The tour began – as all good things do – with a refreshing welcome drink. Evy, Sipsmith’s genial and knowledgeable Sales Executive prepared a classic London Dry Gin with Fever-Tree tonic and took everyone through gin’s tumultuous history and Sipsmith’s story. 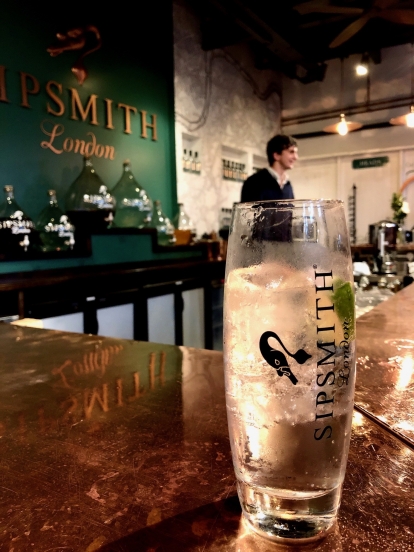 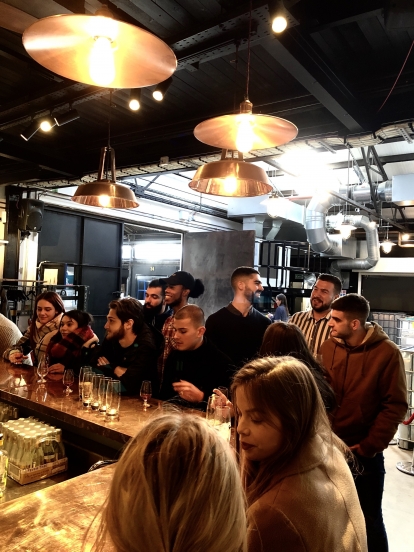 Gin is thought to have been first produced in Italy, but gained popularity as a medicine in early 17th-century Holland. It became very popular amongst British troops who were given the spirit as “Dutch courage” during the 30 years’ war. However the industry really took off in the early 1700s after King William III cut taxes on spirit production. Small distilleries began to pop up all over London, and as gin sales soared, chaos, disease and death rose (which William Hogarth depicted in his famous Gin Lane print).

In 1750 the Gin Act was introduced to restrict distribution by licensing spirit retailers but it was only in the 1850s that gin’s image really began to change. Distillers started opening gin palaces and luxurious drinking establishments designed to entice the wealthy and rich. Meanwhile Brits in colonial India mixed gin with sugar and lime to improve the taste of quinine (taken for malaria), and so the gin and tonic was born. By the 20th century, there were only a few very big distilling companies producing gin in London and this is when Fairfax and Sam began their journey.

This journey wasn’t an entirely straightforward one and when these two enterprising gin-lovers set out to distill a small-batch gin, they were denied because of a law requiring gin to be produced in stills containing a minimum of 1800 litres. It took a gruelling 18 months of negotiating and lobbying to finally obtain their licence, which we saw hanging proudly on their wall – it’s partly handwritten because up to that point there were none in existence. What no one could have predicted was the “ginnaisance” that followed and the wave of craft gin that hit the UK. Before Sipsmith opened its doors in 2009 there were only a handful of gin distilleries in the UK, now there are 315. 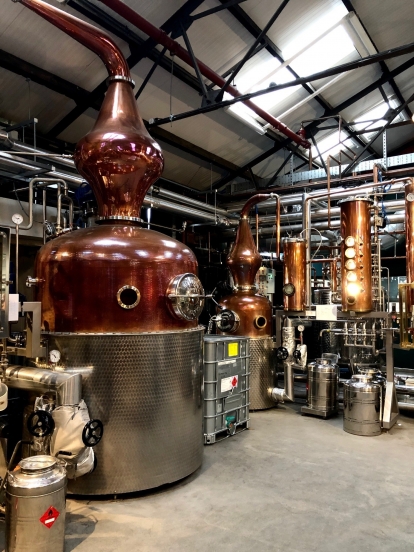 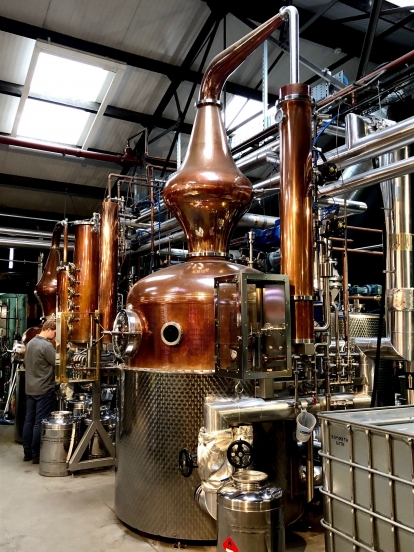 After getting licensed, the co-founders met the world renowned drinks connoisseur, Jared Brown. He was intrigued by the idea of London’s first micro-distillery in over two centuries and agreed to sign on as master distiller. Brown was set on approaching things the right way. By “right way” he meant using the “one-shot method” to produce gin. Evy explained that each batch of gin is made by distilling a neutral base spirit with the appropriate proportion of flavourful botanicals. In contrast, some distilleries use the “multi-shot method,” and produce an intense gin concentrate that is then mixed with a neutral spirit. As the base spirit is not redistilled in the multi-shot method, the result is typically a gin of less refinement and nuance. Sipsmith stick with the one-shot method – even though it’s a more costly and laborious way of operating- to produce a smoother and purer gin.

On the tour everyone was introduced to three beautiful, glistening stills: Prudence, Constance and Verity. As well as being very easy on the eye, copper is a distiller’s best friend, as it reacts with alcohol and helps remove any lingering impurities. This means that the gin doesn’t have to be filtered, and as such loses none of its character or subtlety.

At the matching copper bar, looking out onto the stills, Evy proceeded to give everyone a taste of three other Sipsmith gins starting with Lemon Drizzle. With a biscuity sweetness on the nose, reminiscent of the golden crisp top of a lemon drizzle cake, it tasted fresh, zesty and naturally sweet. Evy explained the way in which they use vapour infusion (hanging baskets of lemon peel inside the stills) to produce a distinct flavour. 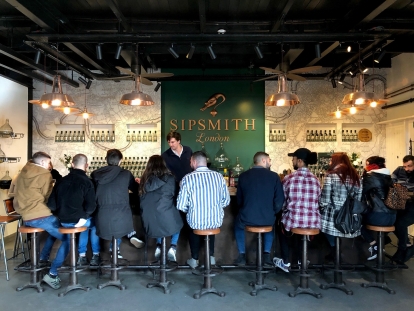 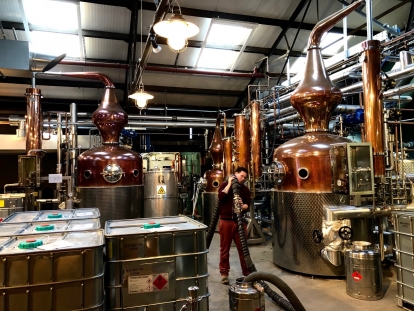 Next was the renowned Sloe gin which Camino serves cold with Fever-Tree Lemon Tonic or hot with apple juice, assorted spices, vanilla and orange. Everyone had a chance to taste it neat which was an entirely different experience. There were strong aromas of redcurrant and ripe winter fruits, and the vivid red liquid tasted like cherry and cassis. Sipsmith freeze their sloe berries to break the skins and then rest them on their London Dry Gin for three to four months, giving it a jammy and marzipan flavour. The tasting ended on an incredibly special and festive note with a Chocolate Orange gin. Released in October by Sipsmith’s Sipping Society (who release a new flavour every two months), it smelled uncannily like a Terry’s Chocolate Orange with a strong aroma of dark cocoa, candied orange and undertones of vanilla.

It was fascinating to learn how Sipsmith have brought the great tradition of small batch gin production back to the capital and how they take inspiration from the prestigious history of gin whilst keeping a constant eye on the future to extend the tradition even further.

A big thanks to Evy and the rest of the Sipsmith team for giving Camino the chance to visit the place where all the magic happens.